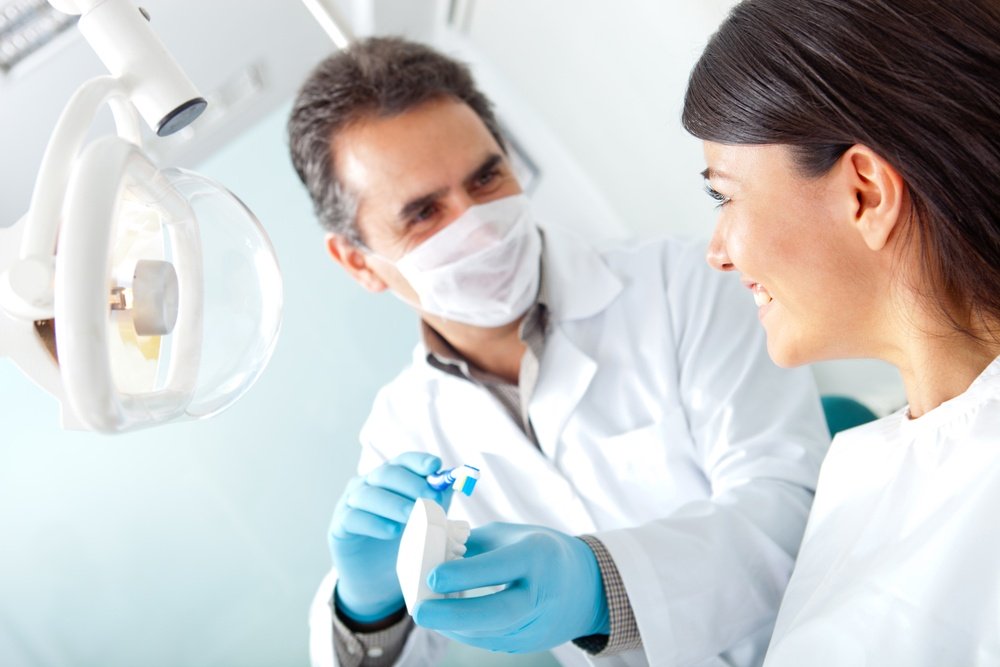 Let's face it. Nobody looks forward to visiting their dentist. Whether it's the Hammer House of Horror sound effects of the dreaded drill, or the equally Frankenstein-esque spectre of having needles inserted into your gums when you're having local anaesthetic administered, the very thought of squirming in the dentist's chair fills us all with a sense of foreboding/dread (delete as applicable).

However, things could take an even grislier turn for the worse, and from the most unsuspected of quarters too. Water, being the unseen threat in this instance. But why exactly is our dentist's suddenly being singled out as a potential risk to our health and wellbeing, and to what end?

Well, the end is very much that in the more extreme cases. Largely due to the worst case scenario when we start talking about legionella bacteria. Which in turn can lead to Legionnaires' disease. Which subsequently can have serious, possibly life-threatening ramifications to public health, especially among the more vulnerable members of society (such as those who suffer from chronic respiratory diseases, alcoholism, diabetes and immuno-compromising conditions) should they be exposed to infection.

Why are Dentists' a Potential Breeding Ground for Legionella?

Many harmless organisms reside in water supplies, many of which are not even visible to the naked eye. However there are several other strains of bacteria which can evolve to the point at which they become dangerous when they come into human contact via water outlets designed for our consumption. Legionella bacteria is one such threat. Hastened by the active presence of recognised biofilms such as mycobacteria spp and pseudomonas, legionella prospers in the close company of these sources of nutrients, while elsewhere the likes of plasticisers (found in the plastic tubing of waterline systems for example) and coverage of warmer water (don't forget, ambient temperatures in dental surgeries can be fairly high) can proof conducive to legionella putting in an unwelcome appearance. What's more, stagnant water can remain in waterline systems overnight and at weekends in a dentists', if not flushed out and consciously maintained.

Is Bacteria in Dentist Waterlines REALLY Such a Big Deal?

Yes. And shouldn't be underestimated if research is anything to go by. Research which suggests that bacterial counts in dental waterlines can be significantly high, with one recent study pointing to stats which flagged up CFU colony sizes of 19,500. In stark contrast to the 100 observed in equivalent drinking water supplies. When you consider the journey which said bacteria can then take, it's hardly a surprise to learn that infection can result.

Water in dental lines enters directly into patient's mouths while they're undergoing treatment. Which can easily come into contact with open wounds which can characterise oral surgery; and is thus swallowed by patients. Then there's dental practice employees themselves, who aren't immune to the more occupational element of risk. Not least because they are prone to aerosols created by waterlines which might have been subject to contamination.

Have There Been Any Confirmed Cases of Legionnaires' Being Contracted at Dental Practices?

Yes. Back in 2012 the first confirmed case was recorded in Italy, where an 83-year old passed after being exposed to legionella bacteria while undergoing treatment. Samples were collected from the waterlines and water pump in the dental surgery the victim attended in the lead up to their untimely demise, and which later gave water treatment specialists conclusive proof with regards to presence of the deadly bacterium.

So, What's the Accepted Protocol and Established Practices Recommended for Dental Practices?

Education for staff is key to stopping legionella taking a grip in these otherwise innocuous environments, and serves as the obvious starting point. Dental care professionals need to be mindful that the bacteria is most prolific when stored water temperatures fluctuate between 20 and 60 degrees Celsius, with 37°C identified as the virulent epicentre of the danger zone. However, at the front-line of the battle to ward off legionella is the daily flushing out of the all-important dental waterlines, with experts believing this habit alone can decrease the presence of any dormant or lingering bacteria by up to 70%.

These very same water treatment consultants advocate that purging waterlines for a good 2 minutes in duration at the beginning of each working day ( as well as for a period of 20 - 30 seconds between individual dental patients) can make a sizeable difference. Another area where dentists can stifle any unseemly approaches by legionella is by fitting dental equipment with anti-retraction valves which work to restrict the spread of any potential contamination. Which as a governed practice is in accordance with EU regulations as it currently stands, with dental airlines also being cited as requiring anti-retraction valves.

Can You Explain the Mandatory Requirements for Water Hygiene in Relation to Dental Practices?

Of course. Below we've highlighted the primary safeguards which the industry stipulates to ensure that legionella risk is kept to a minimum, together with recommended practices. They include;

• Legionella risk assessments - Although not all systems will necessarily demand the more elaborate control measures
• Waterline management scheme - All dental premises are required by law to possess a fully documented scheme. They should be compiled by experienced individuals with the pre-determined skill set and knowledge to perform this functionality

• Flushing out waterlines - To eradicate microbial accumulation, it's imperative that waterlines are flushed out with fresh water for 2 - 3 minutes at the beginning of each day, and again actioning 20 - 30 second blasts between separate patient appointments

• Self-contained water bottles should be disconnected, removed, emptied, flushed and drained down at least at the end of each working day

• Do not refill bottles with tap water, as this risks the introduction of respiratory bacteria into the waterline, which can lead to biofilm collection

• Disinfection should be undertaken periodically, with sodium hypochlorite and isopropanol deemed effective in the removal of the build-up of bacteria-laden biofilm

Although it's mandatory to keep tabs on legionella by way of closely monitoring dental waterline systems, a single system of treatment which is 100% effective as such doesn't exist.